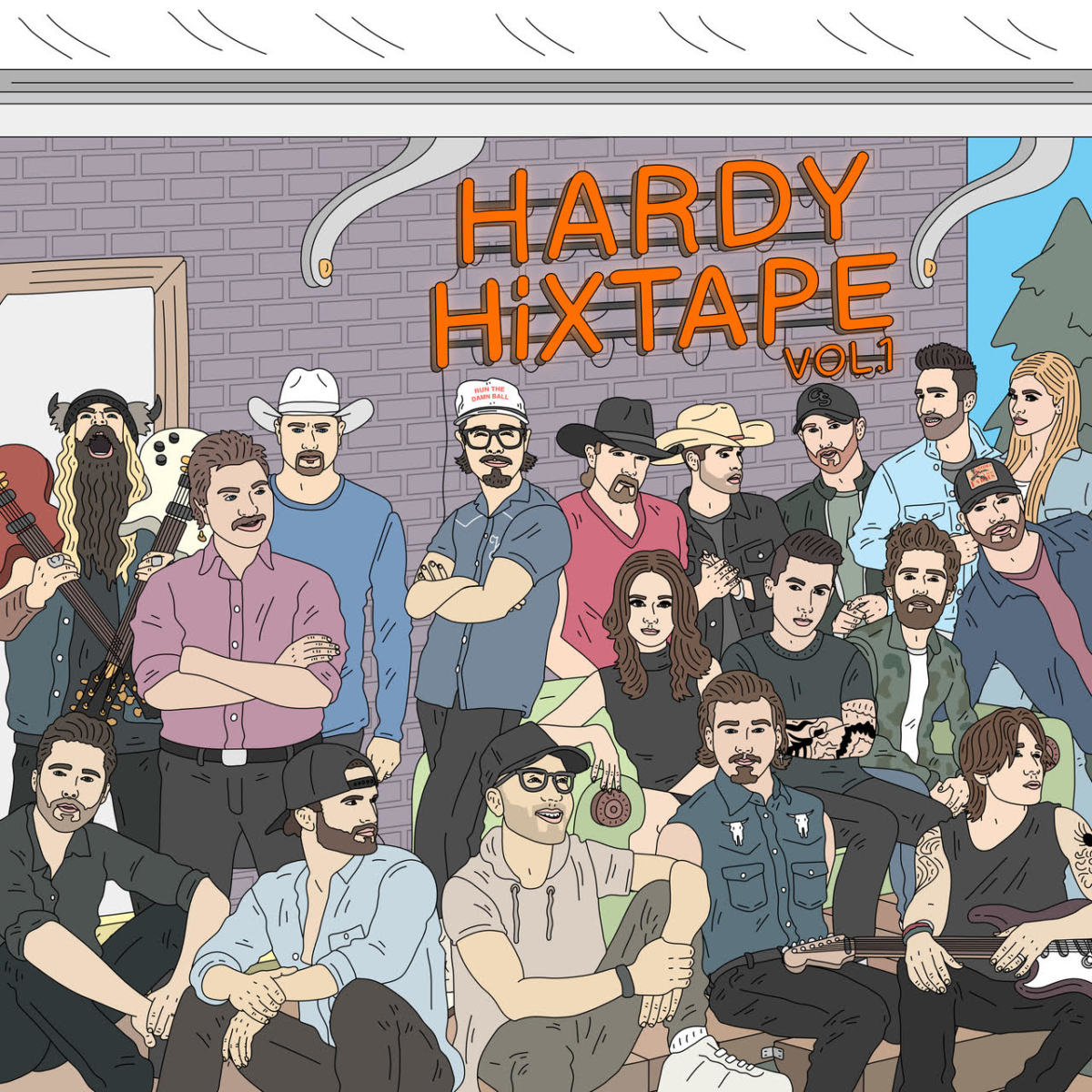 BIG LOUD RECORDS/TREE VIBEZ MUSIC head-turner HARDY is officially one of the hottest names in Country music – and he’s got the rolodex to prove it. Filled to the brim with current superstars and iconic legends, his HIXTAPE VOL. 1 is out tomorrow (9/13).

Standing apart from anything else in the format, HIXTAPE VOL. 1 is the brainchild of hit Country songwriter and emerging artist HARDY, whose recent string of success may have fans asking an understandable question: “Who’s this guy?” Lucky for them, his famous friends are here to help.

HIXTAPE VOL. 1 features an all-star cast of lane-shifting collaborators – from KEITH URBAN and LAUREN ALAINA to TRACY LAWRENCE, TRACE ADKINS and even heavy-metal legend ZAKK WYLDE – with the Mississippi native planting his loud-and-proud flag on 10 all new tracks.

Produced by Joey Moi and Derek Wells and originally envisioned as a four-song EP, HARDY’s had so much success writing PLATINUM smashes like BLAKE SHELTON’s “God’s Country,” FLORIDA GEORGIA LINE’s “Simple” and his own chart-climbing hit, “REDNECKER,” that stars kept coming out of the woodwork to join in.

“The more we kept asking people and taking chances … people kept saying ‘yes’ and it just became this really cool thing,” HARDY explains. “Eighty percent of them are my friends. The spectrum is really broad. We have everyone from DEVIN DAWSON to JOE DIFFIE, and everything in between. I think there’s something for every type of Country fan on the record.”

Early impressions have been overwhelmingly enthusiastic, with The New York Times highlighting “He Went to Jared” featuring Morgan Wallen in their Playlist rundown of last week’s most notable songs. Praising the “romantic square-off” for its mischievous sense of humor and the duo as “rapscallion-like, and shaggy at the edges,” it places HARDY in the national spotlight once again as his career blasts off.

As a solo artist, HARDY has only released eight tracks so far – found on the Moi-produced EPsWHERE TO FIND ME and THIS OLE BOY – but he clearly has a distinct voice and something to say. Opening up a whole new creative approach in Country music, HIXTAPE VOL. 1 offers more insight into the masterful, salt-of-the-Earth lyrics and rock-centric grooves which have earned the fresh face his first CMA Awards nomination this year for Song of the Year (“God’s Country”), and this is just the beginning.

“I think it’s a perfect representation of who I am as an artist,” he says. “There will be more. One hundred percent there will be more. My personal goal is that this does really well, that other artists hear this and they want to be on the next one … to which I would reply, ‘absolutely.’”

HARDY’s rebellious debut single “REDNECKER” is blazing up the charts, already inside the Top 25 at Country radio with more than 94 MILLION global streams, and the hitmaker was recently named a Vevo DSCVR artist while also topping multiple “artist to watch” lists. Fresh off his run as the featured opener on FGL’s CAN’T SAY I AIN’T COUNTRY TOUR, he’ll headline SiriusXM’s THE HIGHWAY FINDS TOUR beginning Oct. 10 in Cincinnati, OH.