JAMESON RODGERS AND BLAME MY YOUTH JOIN AS SUPPORT 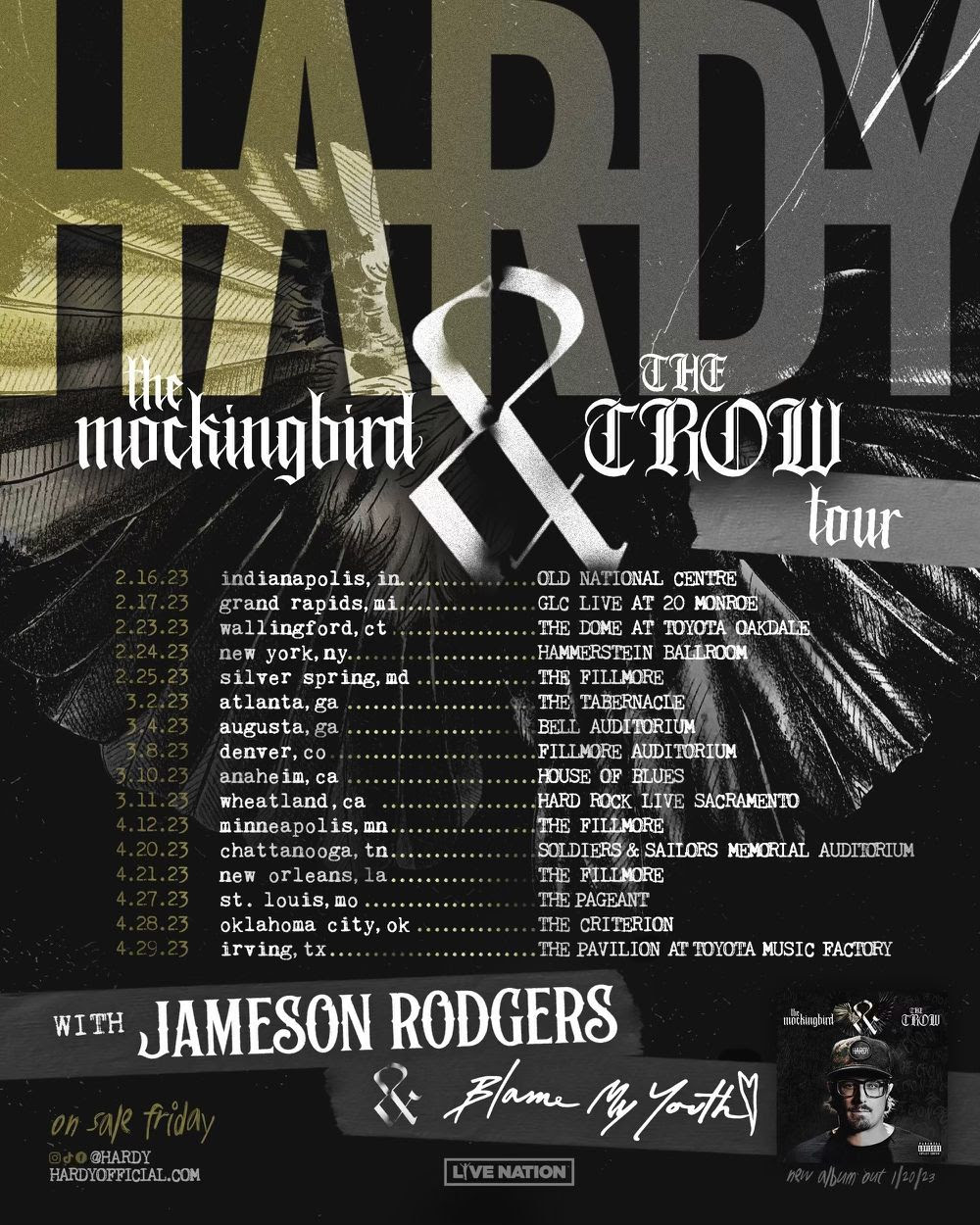 NASHVILLE, TENN. – Big Loud noisemaker HARDY is on the verge of his biggest year yet, unveiling today the mockingbird & THE CROW Tour, a 16-date headline run presented by Live Nation launching February 16, 2023, in Indianapolis, Ind.

Joined by country chart-topper Jameson Rodgers and rock newcomers Blame My Youth for the trek, the thoughtfully curated lineup is an extension of HARDY’s just-announced sophomore record of the same name. Melding together sets from an upstart country star, a hard-charged rock act, and a headliner known for gut punching live sets that “highlight the architecture of his superstar aspirations” (The Tennessean), fans are in for three hours of inexhaustible energy and electric, first-rate live music.

“I’m incredibly grateful to be able to bring this record to you next year. Touring it is something I’ve been thinking about since we started the recording process,” HARDY says. “This album is my best work so far. I truly believe that, and I want this tour to reflect that every night. Excited to have my buddies Blame My Youth and Jameson out with me; it’s going to be crazy.”

the mockingbird & THE CROW Tour Dates

All dates supported by Jameson Rodgers + Blame My Youth

This December, HARDY will embark on his SOLD-OUT, nine stop headline Wall to Wall Tour with Jackson Dean serving as support and a one-night-only appearance from rockers Puddle of Mudd.