NASHVILLE, TENN. (December 10, 2021) — The HIXTAPE: Vol. 2 series closes with a bang today (12/10), as HARDY, Morgan Wallen & Chris Shiflett of Foo Fighters get loud and proud about their Country roots in “Goin’ Nowhere.”

Marking the 14th and final week of the all-star Country collabs project, the track was co-written by series founder HARDY with Joe Clemmons, Jacob Durrett and Canaan Smith – the theme song to loving life in the sticks, and never wanting to change.

Featuring a thundering Hard-Rock sound and scorching guitar solo from Shiflett (who also has his own Country career), it was produced by Joey Moi with co-production by Derek Wells, finishing HIXTAPE: Vol. 2 on a chest-thumping tribute to knowing right where you belong. 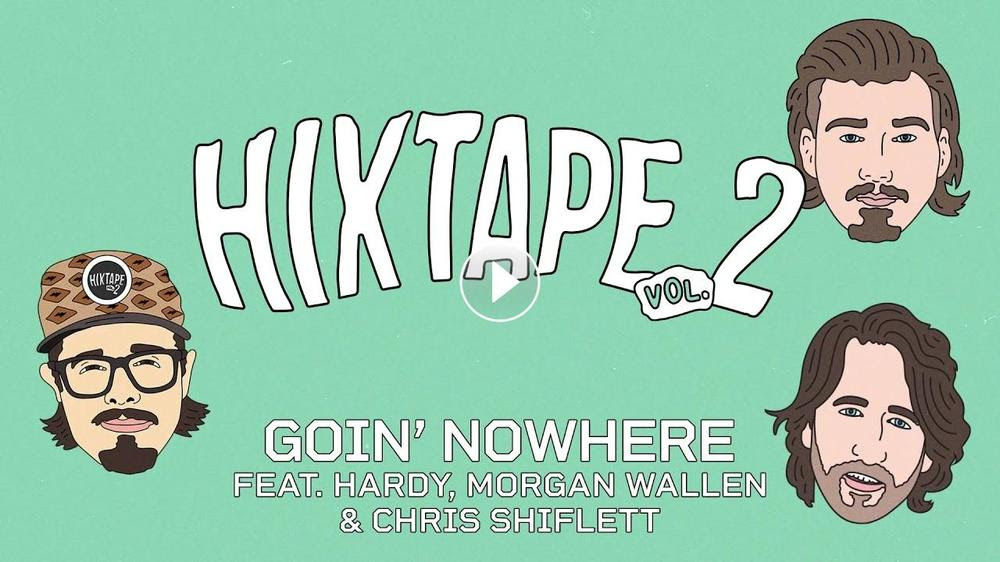 HIXTAPE: Vol. 2 is a groundbreaking Country collaborations album, with a star-studded list of artists creating the ultimate mixtape of backroads bangers and party-friendly anthems.

Check out the full HIXTAPE: Vol. 2 series with all 14 tracks here.