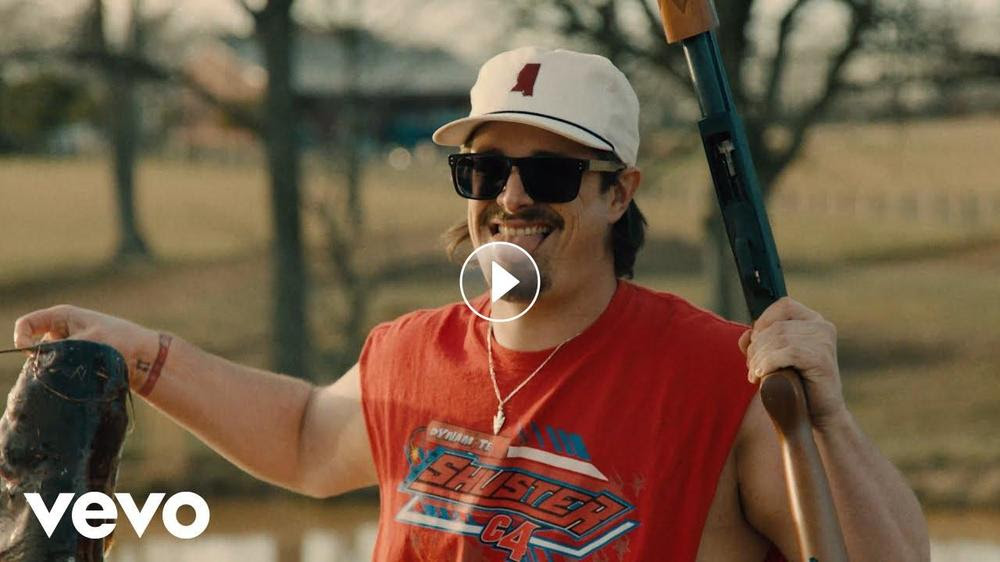 NASHVILLE, TENN. (April 12, 2019) — Big Loud Records/Tree Vibez Music rebel HARDY is 100% “Rednecker” than you in the rough-and-tumble music video for his debut single, world premiering today across all digital platforms.

The Philadelphia, MS, native took it back to his roots for the clip, showcasing what it means to hold the title “king of the rednecks” – mudding and mattress surfing behind his jacked up 4×4, shooting catfish out of a lake and paintballs at friends, shotgunning Busch Lights, and putting “a little more spit in (his) chaw,” contest style.

Directed by Justin Clough, the video was shot on a farm in Cottontown, TN, and features familiar faces, including some of HARDY’s songwriting pals Brett Tyler, Joe Clemmons and Benjy Davis. The rowdy group cut loose on the acreage, and proved once and for all that redneck isn’t just a word – it’s a lifestyle.

Praise for “Rednecker” has flooded in after hitting the Country radio airwaves in March:

“…a ridiculous redneck battle that’s absolutely worth the fight.” – Billboard

“‘Rednecker,’ a half-serious riff on country credentials and the pissing contests they frequently inspire, is gloriously goofy and catchy as hell…”
– Rolling Stone Country

“…a tongue-in-cheek look at hometown pride, asserting with signature swagger that no matter how country someone thinks they might be, HARDY’s ready to bet that he’s “rednecker” than they are.” – The Boot

Next up for HARDY is a two-month, 18-city stint opening Florida Georgia Line’s nationwide CAN’T SAY I AIN’T COUNTRY TOUR this summer, kicking off June 13 in Rogers, AR. The breakout Country newcomer recently wrapped a run supporting Morgan Wallen on his wildly successful IF I KNOW ME TOUR, hitting 27 cities from coast-to-coast and entertaining more than 32,000 fans.