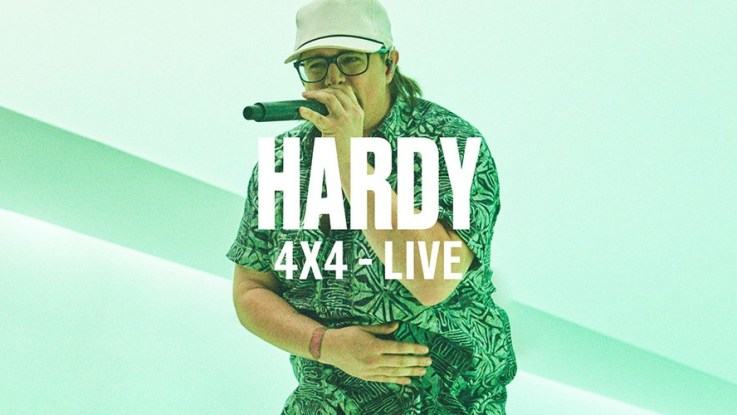 Philadelphia, Mississippi native HARDY is the latest artist to be featured in Vevo’s DSCVR Series. After receiving a degree in songwriting from MTSU, HARDY moved to Music City to pursue his lyrical dream and found success writing with Florida Georgia Line (“Simple,” “Talk You Out of It,””Y’all Boys”), Morgan Wallen (“Up Down”), Blake Shelton (“God’s Country”) and more. His success as a songwriter led to his signing with Big Loud Management, followed by the release of his debut EP This Ole Boy in 2018.

Today, Vevo has released two DSCVR performance videos with both tracks coming from HARDY’s debut EP; his current single “Rednecker,” which continues to make its way up the charts, and “4×4.”

CHECK OUT THE REDNECKER AND 4X4 VIDEO:

← 5 Best Collaborations From the First Night of CMA Fest 2019
Hardy Is One of Nashville’s Hottest Songwriters: “It’s an Incredible Feeling Getting a Song Cut” →