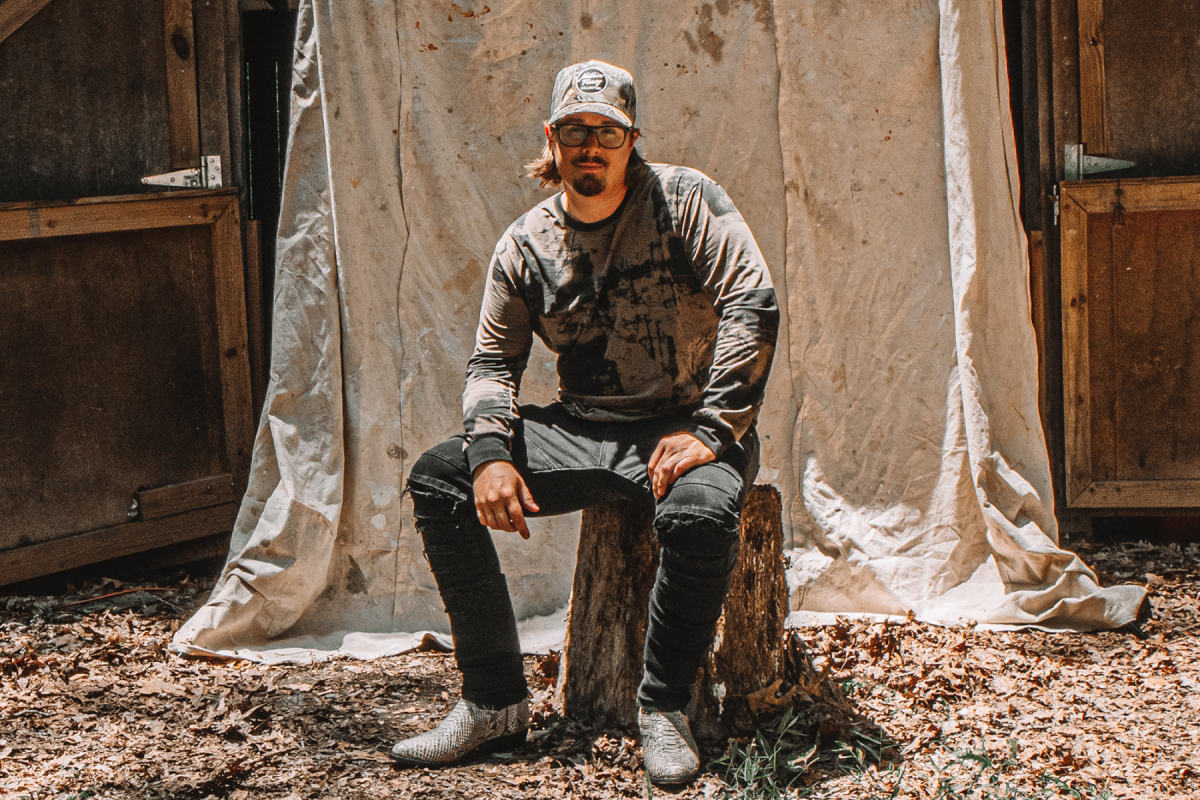 On his new album ‘A Rock,’ the one-name-only artist shows off a knack for irreverent storytelling

Back when he was a fledgling songwriter with a new publishing deal, Michael Hardy was hanging out with his dad and a friend at the Nashville drinking establishment Tin Roof. He only had a few dollars to his name, so he bought a tall PBR for six bucks and nursed it as slowly as possible. Across the room, he spotted a pretty young woman glancing at her phone and looking around for someone. Summoning his courage, Hardy approached and asked if she’d like to sit with them until her friend arrived. To his surprise, she accepted. He went to buy her a beer.

“At that point, I knew that I only had like four bucks in my bank account,” Hardy recalls about the encounter. “She didn’t know that, though — she had no idea.”

It sounds like the setup for a rom-com — the broke, down-on-his-luck guy wins over the beautiful woman on wits alone and they eventually live happily ever after. There’s a song called “Broke Boy” on Hardy’s upcoming album that sets this victorious story to a thumping country-rock soundtrack.

Except in real life, it didn’t happen that way. Hardy and his companions ducked out of the bar as soon as the woman spotted her friend. While he had enough money to buy her that one drink, he didn’t want her to know it busted him.

“I’ll never forget that,” he says. “I was so broke and I was so embarrassed that I just left.”

A Rock, which arrives September 4th via Big Loud, shows Hardy — who releases music under his last name — celebrating the value of a good story, even when it’s not entirely his. The Philadelphia, Mississippi, native made his artistic debut with 2019’s swaggering (and polarizing) “Rednecker,” a brash and funny single whose tongue-in-cheek tone might have gotten lost on many listeners. Also a prolific songwriter with hits like Morgan Wallen’s “Up Down” and Blake Shelton’s “God’s Country,” Hardy refines those skills to tell different kinds of stories and embrace new sounds on A Rock.

Hardy’s vision for the album became more focused after he wrote “Boots,” a grungy, sludgy number released earlier in 2020 about a guy who has a one final blowout as he blows up his relationship. “I woke up in my boots this morning/Fell asleep in my boots last night,” he sings. It has an almost metal edge to it, with some chunky, palm-muted riffing.

“It’s just something that I hadn’t really done before — to really experiment with more of the rock & roll side of my music,” he says.

Loud guitars and drums are a big feature on A Rock, which was — like Hardy’s previous work — produced by Joey Moi (Florida Georgia Line, Morgan Wallen) with co-production from collaborators Derek Wells, David Garcia, and Jake Mitchell. The bulk of the album was cut during quarantine, with the various players recording their parts in their home studios. Most of the tracks cruise along languidly, then, like in “Hate Your Hometown” or “Truck,” drop into head-bobbing, half-time breakdowns that emphasize Hardy’s love for heavy rock.

In 2019, Hardy released Hixtape, Vol. 1, a collection of older material recorded with guests like Thomas Rhett and Keith Urban. His current single “One Beer,” featuring Devin Dawson and Lauren Alaina, originally appeared there and returns on A Rock. Where that song followed the story of teenage innocence turning into grown-ass responsibilities, the album’s title track takes a look life’s stages and the way various iterations of a “rock” figures in: skipping stones, an engagement ring, a tombstone, and the planet itself. Hardy calls the premise a “stoner idea” that just came to him one day. He fleshed it out with co-writers Smith Ahnquist and Jake Mitchell.

“We wrote that middle of the night on a whim because we decided, after going to the bar, that we would go home and hang out,” he says. “We stayed up till 5 in the morning. It ended up being probably my favorite song ever written.”

Hardy doesn’t completely abandon his swaggering “Rednecker” persona on A Rock, however. In “Unapologetically Country as Hell,” he fully leans into the guise, playing up his bona fides with country vernacular. “I spoon-scale my perch/Dirt stays on my shirt/And if you can’t dip in church, you can’t dip anywhere,” he sings. It’s funny and more than a little bit over-the-top.

“I didn’t want to fill my record up with overly obnoxious country songs,” he says. “I love those kind of songs, but I wanted for people to know that I have a little bit more to say than just that. But that one is definitely for the people.” Elsewhere, he laments the end of near-miss relationship with singer Ashland Craft in “So Close” and drops to a knee to make a proposal in “Boyfriend.”

As is the case with Hardy’s storytelling, there’s always a grain of truth when he slips into redneck mode (“It’s definitely a huge part of who I am”), but it may not tell the entire story. In “Give Heaven Some Hell,” which comes out this Friday, Hardy and co-writers Ben Johnson, Hunter Phelps, and Ashley Gorley say farewell to a recently departed friend with the hope that he’ll “Make some thunder/Make ’em wonder how you got in.” It wasn’t inspired by a specific friend’s death, but it does envision the funeral for that one wild acquaintance or family member we all have.

And that’s Hardy’s gift: synthesizing biography with imagination to create real storytelling. Instinctively, he knows when he hears a story he likes.

“I know I don’t do it with every song,” he says. “But it’s always fun when I do. Some of the first songs that I started liking, especially country songs like ‘Ole Red,’ I gravitated towards that. I guess subconsciously I wanted to do that with my writing too.” 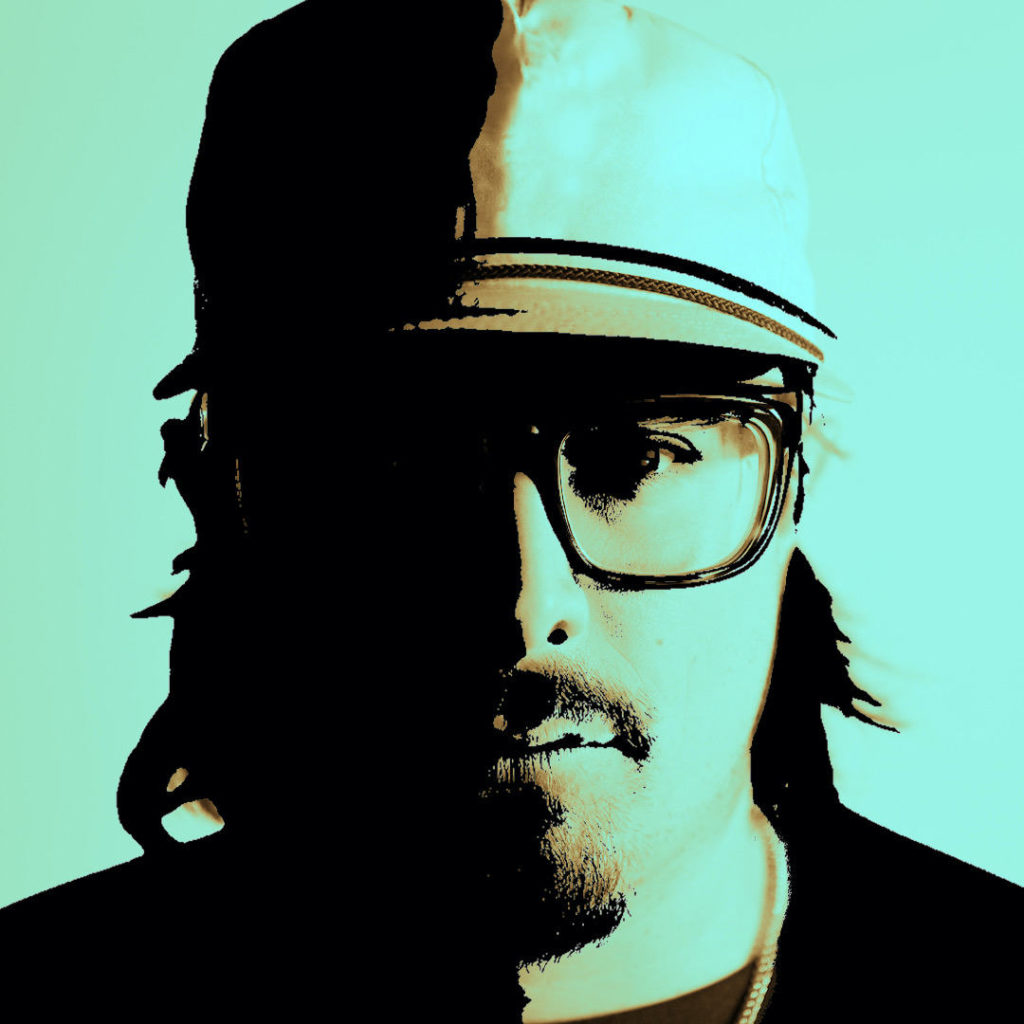