5 Best Collaborations From the First Night of CMA Fest 2019

CMA Fest 2019 kicked off on Thursday (June 6), with several memorable artist collaborations during Night 1 at Nashville’s Nissan Stadium. The steady rainfall throughout the evening didn’t dampen spirits either, as country fans came well-equipped with ponchos and rain boots to enjoy a stacked lineup of music.

A night of superstar collaborations, the surprise performers had fans on their feet singing along. The official Nissan Stadium lineup on Thursday included Tanya Tucker, Kane Brown, Kelsea Ballerini, Brothers Osborne, Rascal Flatts and Florida Georgia Line, with the latter closing out the evening well after 12:30 a.m. Take a look at the 5 best collaborations from Night 1. 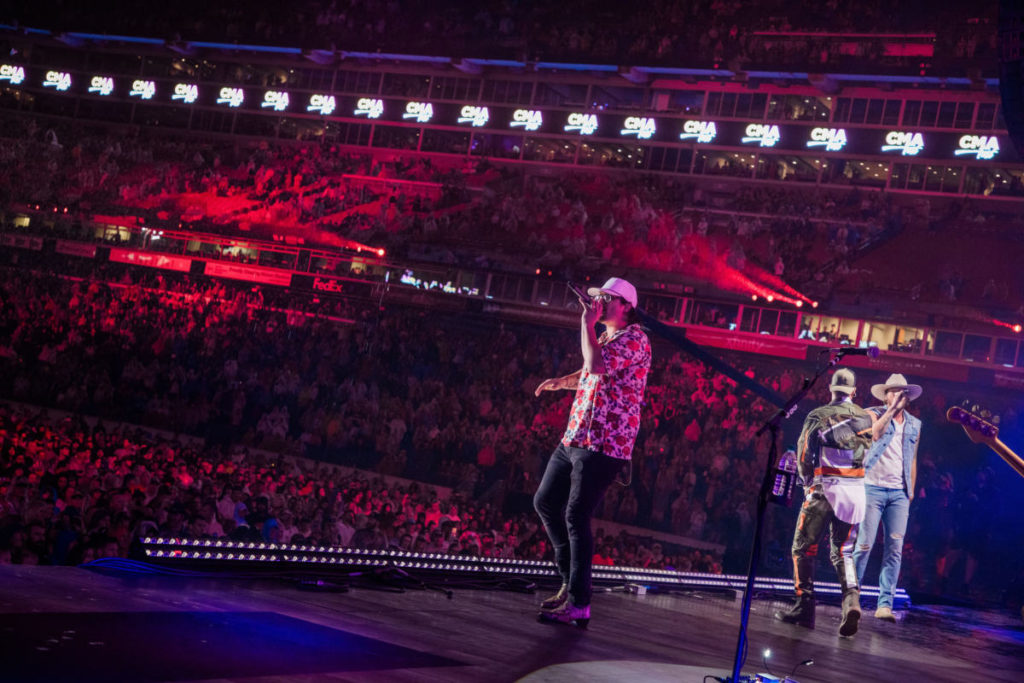 Florida Georgia Line closed out night one with a hit-laden set. One song into their performance, FGL’s Tyler Hubbard and Brian Kelley brought out HARDY for the infectious “Y’all Boys.” A co-writer and featured singer on the track, HARDY brought the swagger alongside a seductive bass beat and ear-grabbing percussion while trading verses with Hubbard and Kelley.

The duo closed out their set with several more high-energy songs including massive crossover hit “Cruise,” equally catchy “This Is How We Roll,” feel-good “Simple” and sultry current single “Talk You Out of It.”